How a horsefly helped to deliver new and incremental business

Seeing our customers create innovative and successful marketing automation campaigns for their clients always makes us happy – and this success story made us genuinely smile! When we read this story from RPM Digital, we had to share and repost (with their permission) for all our customers.

We have reposted in the words of Millie Earl from RPM React.

Back in July we were almost all furloughed or working from home. The boss drove over to the office to check on things and sanitise once more. The printing machines were quiet and order levels down. So he didn’t stay long. Getting back into the car he noticed a very large insect on his windscreen. As I am keen on wildlife he sent me this photo, asking “What is this?”

Thinking it was a hoverfly I set to work Google imaging. I couldn’t find anything to match the photo or the size. It was 3cm long. One website, www.buglife.org.uk kept on coming up in my search, so I decided to try asking them. The ‘Contact Us’ link stated that all offices were closed due to coronavirus. As I typed my email to the generic address I imagined a solitary administrator, heavy-hearted and working from home. Perhaps they might enjoy an ID challenge to relieve their boredom.

By coincidence our RPM logo was reflected in the photo, so I took the opportunity to explain about our company. I wrote how we were passionate about wildlife and that we had achieved enormous success with Get Dorset Buzzing, should they need any help with their marketing. I didn’t really expect to hear back from them.

5 days later I received this reply:

“It is a horsefly, from the picture probably Tabanus bovinus, a nationally scarce/rare species which can be tricky to identify with certainty. It has a stronghold in the New Forest so very likely on heaths to the west. In your area the commoner species of this size is Tabanus sudenticus, a darker species (especially on the underside); these two species are pretty large even by world standards. Britain has 30 species of horseflies, with an exceptionally high proportion of Species of Conservation Concern.”

What a fantastic response! I’d found a real expert who had solved the mystery. RPM had been visited by a rare species of horsefly. At the end of the email the writer explained that they did their own marketing campaigns and had a limited budget but I was welcome to send any ideas in to their marketing department.

Don’t look a gift horse(fly) in the mouth

I sent back our Get Dorset Buzzing case study, and within an hour had received an email from their Communications Director, saying that the stats were impressive and asking if he could he book a video call. He wanted to find out how marketing automation could power his existing campaign. We subsequently learnt that Buglife is the only organisation in Europe devoted to the conservation of all invertebrates. It is staffed by passionate people (who are kept extremely busy and don’t get bored) and it actually wants to save the planet. We said RPM would definitely help and our team developed a tailored marketing solution to match their budget. Now, 4 months later, we have an automated campaign called Noinsectinction ready to be launched in January, which could go a long way to saving the likes of Tabanus bovinus for future generations. 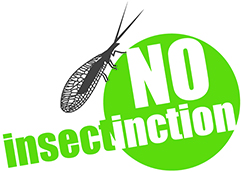 P.S. If we can track the horsefly down we will be offering him a job.

How Technology Helps ZoxxBox Grow as a Business by Creating Packaging That’s Both Personalized and Sustainable
July 20, 2020
VIEW POST

Behind the Scenes at XMPie: Five Benefits to Staying Agile
July 08, 2020
VIEW POST

Let’s get back to business with personalized maps
June 23, 2020
VIEW POST

Campaigns-on-Demand: The Power of Circle, the Ease of a Self-Service Store
June 01, 2020
VIEW POST
Want to stay up-to-date with XMPie News?
Want to know more? Got questions? Just Ask.

Need to contact XMPie Customer Support? Get in touch here.

We will keep you updated with what's happening in XMPie through webinar invitations, newsletters and announcements.
Note: all XMPie emails contain an unsubscribe option for stopping future communications. If you would like to opt-out now, please write to optout@xmpie.com.

Thank you for interest.....